With the cancellation of Riverbend 2020, refunds are being processed for those of you who purchased wristbands through our Sweet Deal program.  You will receive email confirmation when your refund has been been credited to the card used for purchase.  Please allow 7-10 business days for processing.… END_OF_DOCUMENT_TOKEN_TO_BE_REPLACED

Kenny Chesney is ready to take it back to the stadiums! His Chillaxification 2020 tour is designed to bring great music, good vibes and one of his most diverse lineups to some of his favorite cities and a few new places. Joining him for this summer’s adventure are Florida Georgia Line, Old Dominion and Michael Franti & Spearhead. Chillaxification 2020 kicks…… END_OF_DOCUMENT_TOKEN_TO_BE_REPLACED

107.9 Nash Icon is proud to join The Chattanooga Zoo and announce another magical day at the Zoo with its Pirates, Parrots, & Princesses Day. Attend the Chattanooga Zoo on Saturday, July 27th from 10:00am-2:00pm and expect to walk among royalty, see “dragons” up close, go on a treasure hunt, and more! This event is free with…… END_OF_DOCUMENT_TOKEN_TO_BE_REPLACED

Country Cool Comedy is three nationally touring comedians who all have southern roots. Trish Suhr, Leanne Morgan and Karen Mills have been friends for over a decade and have stood in it, walked through it, and come out the other side laughing. It’s comedy for better or worse and they will keep you laughing at…… END_OF_DOCUMENT_TOKEN_TO_BE_REPLACED

107.9 Nash Icon is proud to support the Little Owl Festival, May 19th at Audubon Acres.  The festival starts with a 5k race and continues through the afternoon with a raptor release, live music, arts and craft vendors, kids activities, a birds of prey demonstration, and much more. Admission is just $7 and free for CAS members.…… END_OF_DOCUMENT_TOKEN_TO_BE_REPLACED

Coming August 25th, The FINALS of Nash Next Chattanooga. Six artists will compete for a spot on stage at Riverbend 2018 and move on to the next round to be in the running for a recording contract with Big Machine Records and GUARANTEED radio airplay across the country! We’ve announced our finalists! Each artist will perform…… END_OF_DOCUMENT_TOKEN_TO_BE_REPLACED

At The Big Bass Splash, they’re giving away $130,000 in cash and prizes, guaranteed! It’s all happening on Chickamauga Lake in Dayton, June 10th and 11th. There will be over $40,000 paid out hourly in cash to the top seven heaviest bass. The first exact weight three and four pound bass each day wins $1,000. Plus,…… END_OF_DOCUMENT_TOKEN_TO_BE_REPLACED 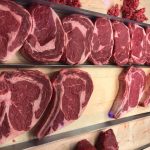